Once again, AHTD has proven their ineffectiveness when it comes to Winter road maintenance.

This past week, we had another bout of sleet and snow pass through the area, Of course, everything come to a standstill when this happens. Missouri had had more than its fair share of Winter weather, but al least they keep their roads clear. Arkansas must be waiting for the Spring thaw judging by this photo at the Arkansas-Missouri State Line north of Maynard. As you can see, Missouri's roadway is clear, but it doesn't appear as if Arkansas has done anything. 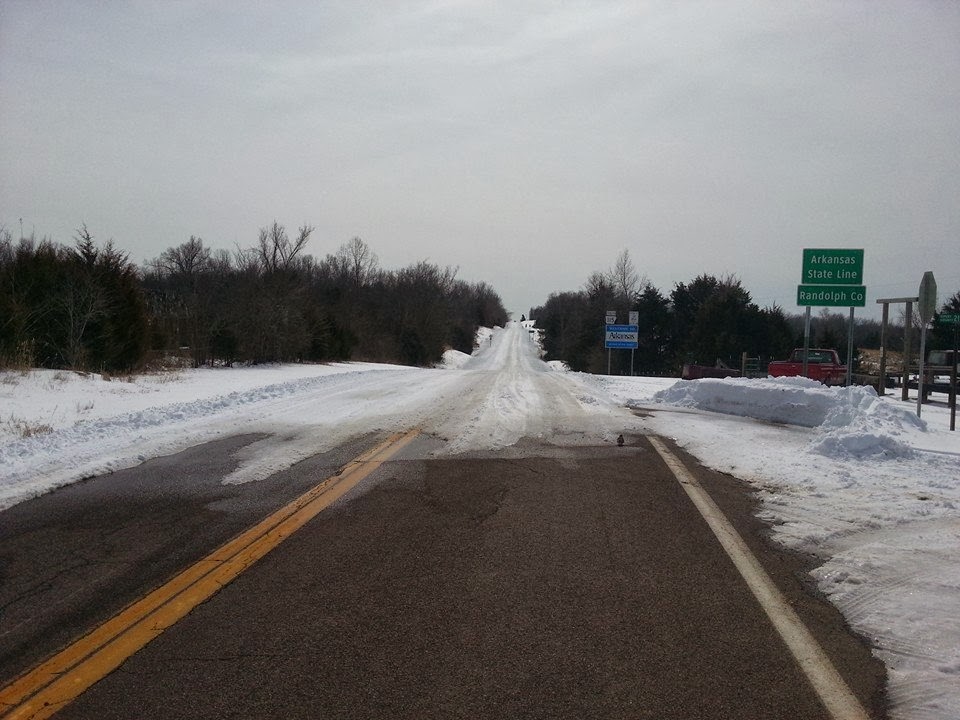 This isn't the first time it happened.  Back in December, there was another snow/ice storm and MoDOT once again showed AHTD how it should be done. This time at the Arkansas-Missouri Line north of Bella Vista. 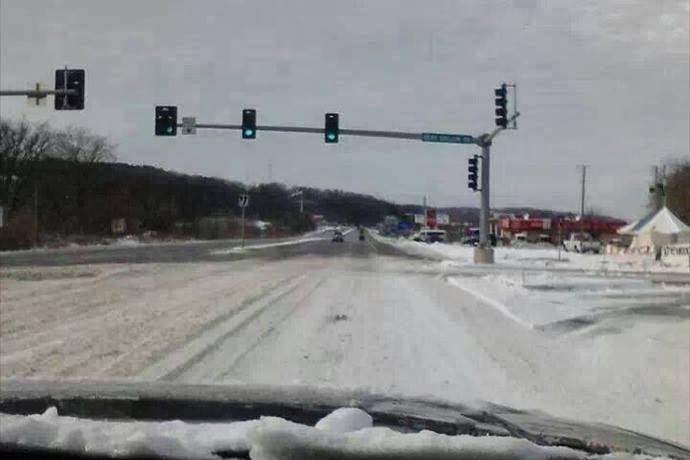 I'm beginning to wonder if AHTD even owns a snowplow. Of course, Missouri uses beet juice as a de-icer on the roads while Arkansas uses a mixture of salt and sand. Hey guys: sand doesn't melt snow.